Blast from the past: Shammi Kapoor and Geeta Baliâs sudden marriage 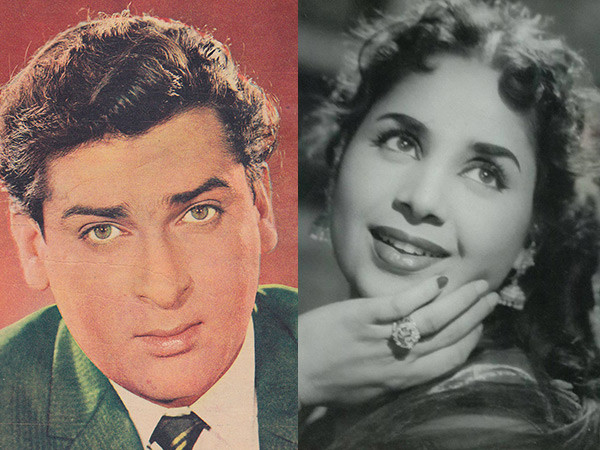 Shammi Kapoor had first met actress Geeta Bali during the shooting of Miss Coca Cola (1955), directed by Kedar Kapoor. It was a musical whodunit where Geeta Bali played a nightclub dancer called Miss Coca Cola, and Shammi played a rich young man who helps her clear her father’s name. 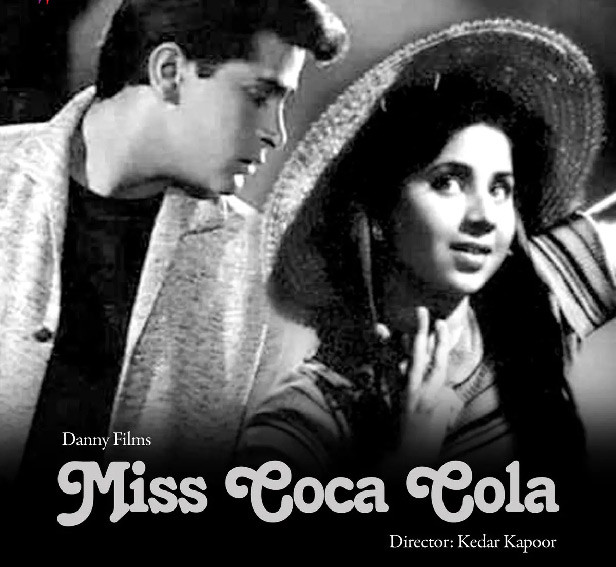 He was initially said to be tongue-tied in her presence as Geeta Bali was a star and Shammi hadn’t found his footing yet. She had a warm and generous personality in any case and was known to put people at ease. The two Punjabis seemed to have hit it off soon and became friends. Three years ago, he had almost married an Egyptian belly dancer called Nadia Gamal. The duo had met in Colombo and sparks flew. But things didn’t work out as she wanted him to come and settle in Cairo. Also, she was reportedly only 17 then. Things certainly would have been different if he had followed his heart. 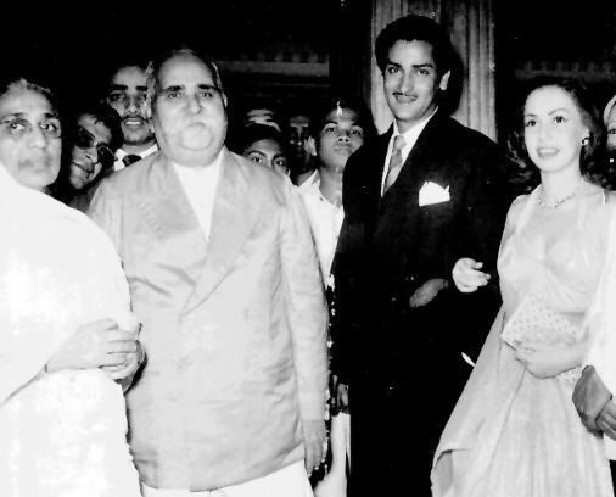 Geeta helped Shammi get over Nadia. He was reportedly so smitten by his co-star that he began to request her songs on the radio. They met again on the sets of Rangeen Raten which was released in 1956. 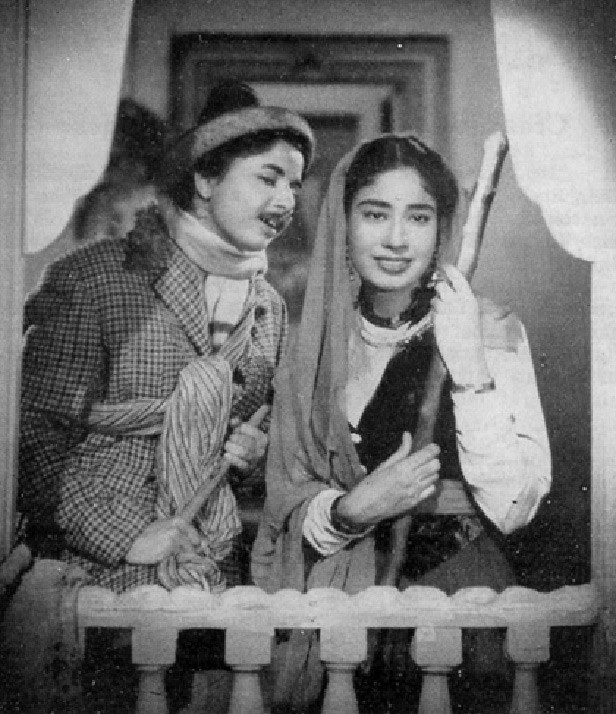 The film was directed by Kidar Sharma, the mentor of Shammi’s elder brother Raj Kapoor. It starred Chand Usmani and Mala Sinha besides Geeta Bali and has Geeta Bali dressing up as a guy for a scene. There was nothing substantial for her to do in the film and some say she took it up just to be in his company again. Kidar Sharma was a strict disciplinarian but somehow, their romance blossomed even under his watchful eyes. Perhaps the picturesque locales of Ranikhet, where a large portion of the film was shot, are to be blamed. By the time they came to Mumbai, they were reportedly madly in love. 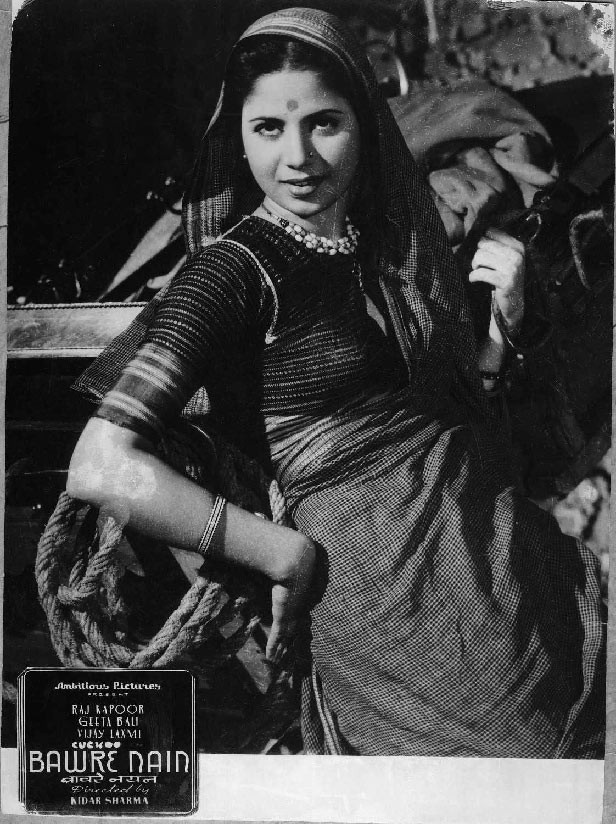 Shammi Kapoor had sworn to marry Geeta. But he knew very well that it would not be so easy. Geeta Bali was not only older than him by a year but she had also acted with his elder brother Raj Kapoor in Bawre Nain (1950) and also with his father Prithviraj Kapoor in Anand Math (1952). 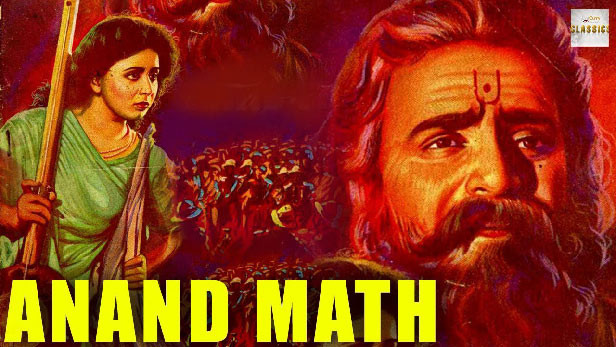 Thus she was considered a senior heroine and it would have been a breach of protocol for him to have married her. It was evident that the Kapoor family wouldn’t give them consent to be married so easily. Nevertheless, he used to propose to her on the phone every day after coming to Mumbai but she kept saying no as she had family responsibilities. But one day, to his delight, she said yes. But her condition was that they should be married right away.

Shammi contacted Johnny Walker, who had recently married Shaikila’s sister Noor despite facing opposition. Johnny told his friend to follow his heart and get married to Geeta pronto. Buoyed by his pep talk, Shammi decided to immediately take the plunge. Johnny Walker suggested that they can go to a temple and get married by a priest. Shammi reportedly collected Geeta from a studio and along with Johnny Walker and another friend Hari Walia, landed up at a temple at Mumbai’s Banganga. Alas, they had arrived too late, as it was the closing time at the temple. The priest, however, assured them that he’ll definitely marry them in the morning. Shammi was allegedly so afraid that Geeta would change her mind if she went home that he requested her to wait for the morning at a friend’s place. The couple, along with Johnny Walker and Walia, chatted away the night and landed up at four am in the same crumpled clothes they were wearing. 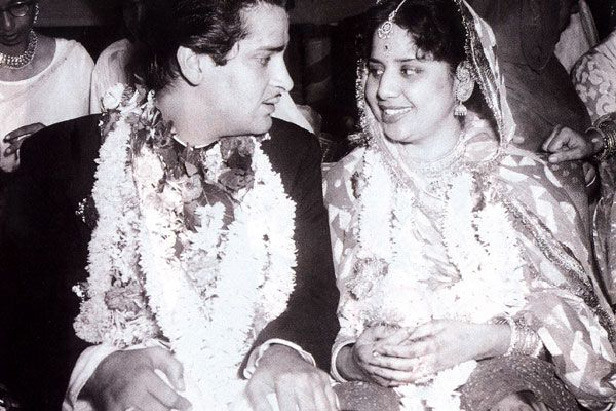 It would have been one of the strangest of sights for the priest to see two film stars in such a condition but he kept his promise and got them duly married. While Johnny Walker arranged for two garlands reportedly from a nearby flower shop, they all had forgotten to bring sindoor in their hurry. When the priest asked Shammi to apply sindoor to her, he was at a loss. Geeta solved the problem by bringing out a lipstick from her clutch and telling him to use that instead. 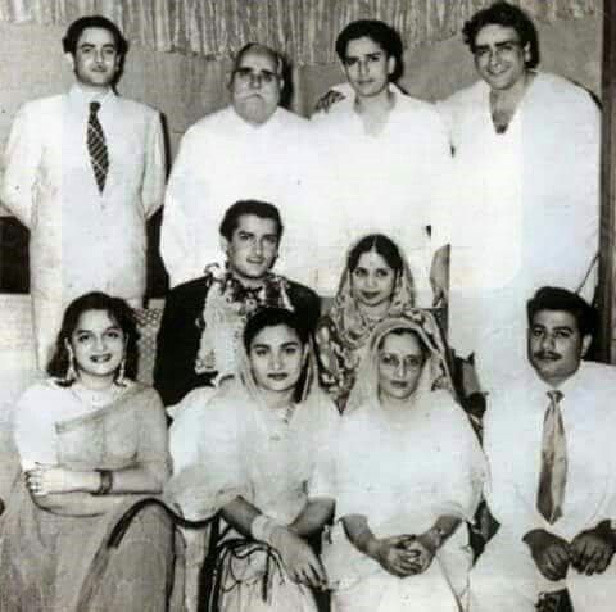 The Kapoor family, which was said to be out of the station at the time, was initially taken aback but later organised a reception for the newlyweds. Geeta proved to be lucky for Shammi. His career soared after marriage. The blockbuster success of Nasir Hussain’s Tumsa Nahi Dekha, which came out in 1957, changed the course of Shammi’s career. He came to be known as the rebel star, challenging the authority of Dilip-Raj-Dev, the ruling troika of the industry.

They had a son, Aditya Raj Kapoor, in 1956, a year after they were married. Five years later, in 1961, they had a daughter, Kanchan. Their happiness was however short-lived. Geeta Bali died from smallpox in 1965. Shammi was shooting outdoors for Teesri Manzil and rushed back when he heard her condition was serious. Doctors weren’t able to save her. He later married Niela Devi, who belonged to the former royal family of Bhavnagar, in 1969.